I really enjoyed Bakemonogatari, so I read Zaregoto Book 1 which is by the same author (NisiOisin) and available in English. The thing I liked the most in both series are the funny dialogs that are much better than in most anime shows. Because of that I really looked forward to Katanagatari and when I saw the first pictures I welcomed the decision to make the character design very similar to take’s original illustrations of the light novel because it looks very different to the normal anime designs.

After watching the first two episodes I decided that I have to own the series on Japanese Blu-ray because it seems not to be a title that will be licensed soon and I really enjoyed it. The dialogs are funny as expected but also the story did some things differently than other „historical“ anime shows about „sword fights“. The fights itself were nicely animated but are really not the most important part of the series because it’s much more dialog- and character-driven. The story about finding specific swords and battling its owners is certainly not the most creative one but the way it is told is often very surprising. It’s not a show for everyone but for people who liked Bakemonogatari for its dialogs I can really recommend it.

The series consists of 12 ~50 minutes long episodes that will be released one episode per disc. 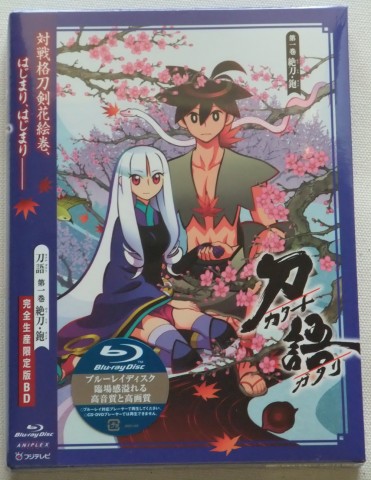 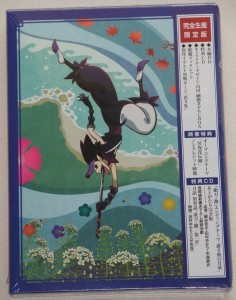 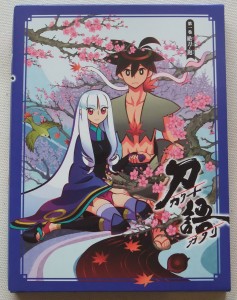 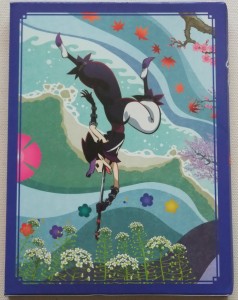 The packaging reminds a little bit of Aniplex release of Bakemonogatari but this is probably mostly regarded to the bonus CD ^^;. The slipcase was a little bit compressed at its spine but it still looks fine in the shelf. I really like the illustrations on the front and back and also the design of the inner case suits the series. 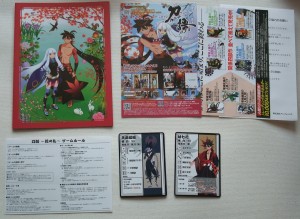 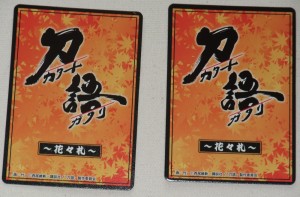 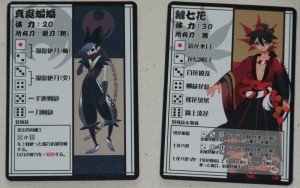 There’s an inlay, two cards (for some kind of games with dices, there are also some instructions) and some promotional stuff. Similar to the Bakemonogatari releases the full ending song is on the a bonus CD („Tasogare no Getsuka“ by Yousei Teikoku). The second track is a conversation between the voice actors Mai Nakahara, Yoshimasa Hosoya and Yukari Tamura (24:46). The 3rd and 4th track seems to be a side story written / radio drama for the this CD by NisiOisin (9:07 and 23:34).

The character design doesn’t have lots of details but I think it looks great nevertheless in 1080p. I didn’t encounter any problems despite the typical slight steps in blends but this are not very apparent. The backgrounds sometimes show some beautiful details and everything looks really hand-drawn.

It’s a normal PCM stereo mix and I didn’t hear any problems.

I used DGAVCIndex to create the screenshots. 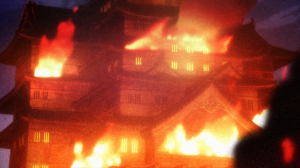 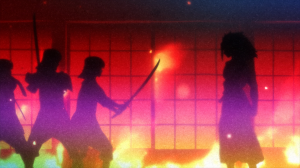 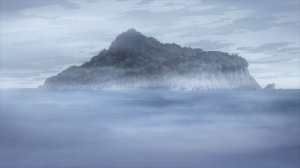 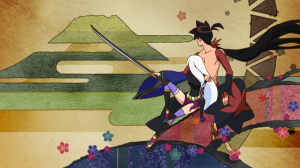 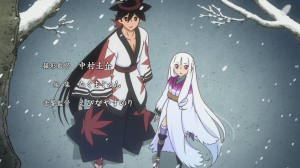 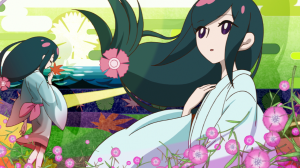 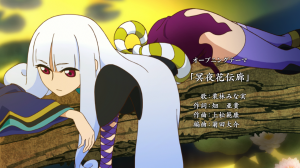 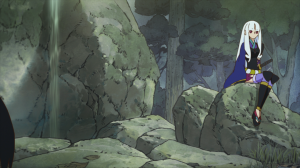 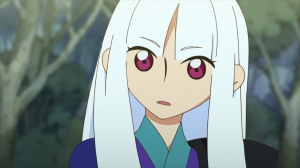 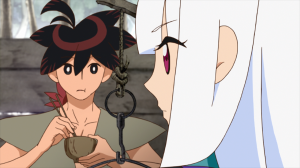 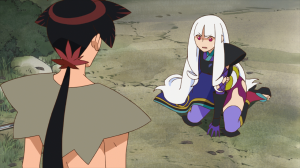 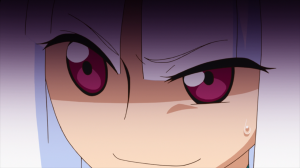 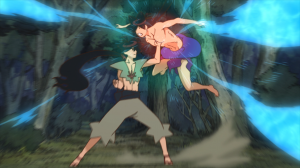 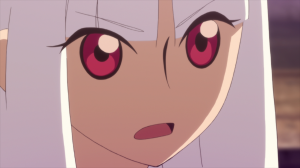 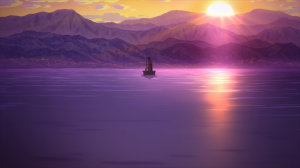 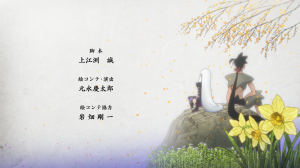 The disc itself doesn’t provide many extras but the bonus CD and the fine picture quality makes the purchase of a limited edition worthwhile for me as a fan of NisiOisin’s work.