I now plan to do some posts with screenshots, so that at least all the Blu-rays that I already own are at least mentioned here. Then I will than expand each article. I selected Laputa as the first one because I got it today^^.

I ordered the movie in addition to Katanagatari Vol. 9 at HMV to use some of my points that I gathered. Customs was very interested in this package: They opened the package and also the Laputa BD – at least it looks like they were careful. Perhaps the promotional flyer by Disney convinced them that the movie is not dangerous. There’s also a cut in the the Katanagatari Vol. 9 shrink-wrapping but only on the outside…of course I had to pay customs…

The Laputa packaging itself looks very similar to the one of the Nausicaä BD. I can’t remember if Nausicaä also had user prohibitions on the disc that don’t allow to switch between audio and subtitle tracks – which makes it harder to find the correct audio and subtitle tracks. There are some trailers, the script, the textless OP and a short (~12 minutes) making of on the disc. Furthermore, the movie can be watched as storyboards and the US version is also available (English with forced Japanese subtitles) – I think the movies was split up into several files to allow inserting the US version’s opening and maybe some other stuff . I checked some other languages and subtitles and it looks like they can be enabled and disabled for the normal version via the menu.

I checked few scenes in the movie and it’s still grainy but I think it’s a little bit less compared to Nausicaä (or that’s my imagination^^). On the other hand the movie is really sharp so I’m totally fine with the video quality because of the age of the movie. 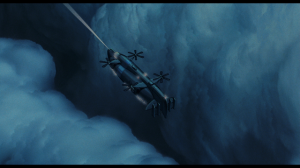 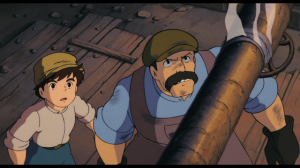 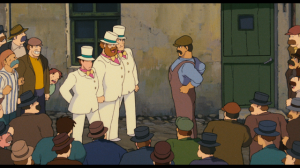 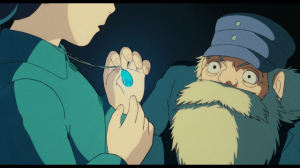 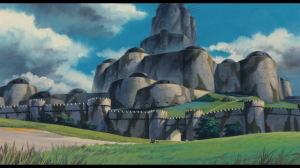 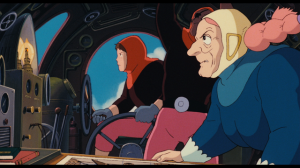 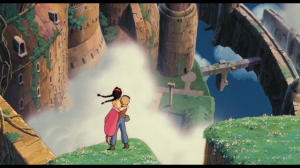 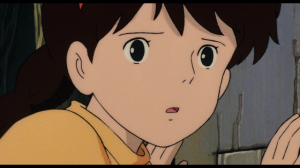 Nausicaä of the Valley of the Wind (First...