If everything goes on like planned, this will be a trilogy of Angel Beats! posts. Because of a lot of busy weekends I wasn’t able to keep up with writing about all the Blu-rays that came. Furthermore, I still have to synchronize some subtitles to begin watching the series, but at least I want to finish the posts^^;. 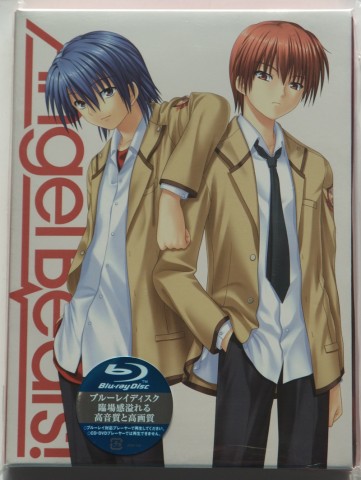 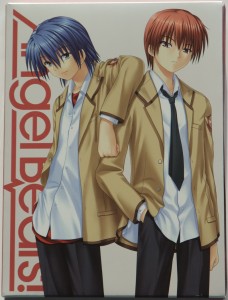 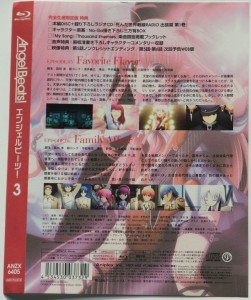 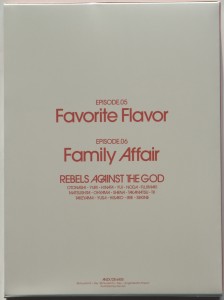 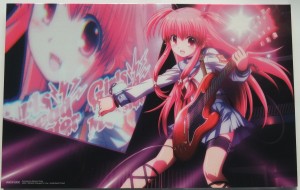 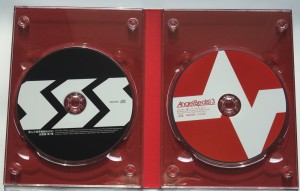 Wow, male characters on a Blu-ray cover for a series that was mainly created for a male audience O_O. But since Naoi was introduced as another „love interest“ of Otonashi nothing can surprise me anymore^^;.

But at least Yui gets a nice illustration inside^^.

As usual there’s a booklet with 12 pages: 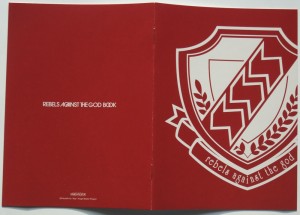 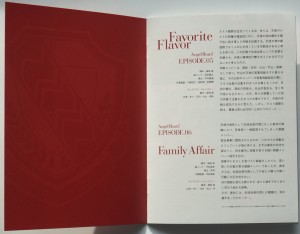 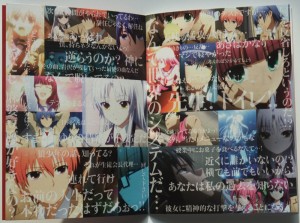 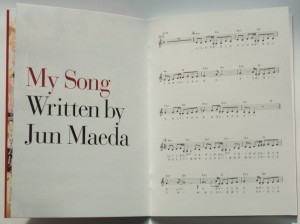 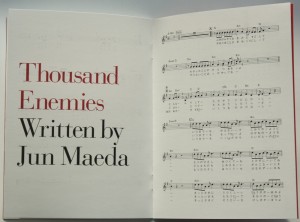 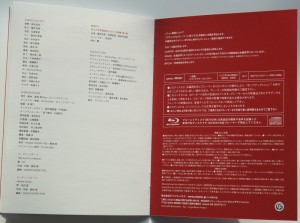 Like before the booklet consists of a page of episode introductions, some pictures and the sheet music for „My Song“ and „Thousand Enemies“.

Both episodes have a commentary by the characters and the web previews are available that show actual animation form the next episode instead of just some “text”. The creditless ending of episode 5 is also included. 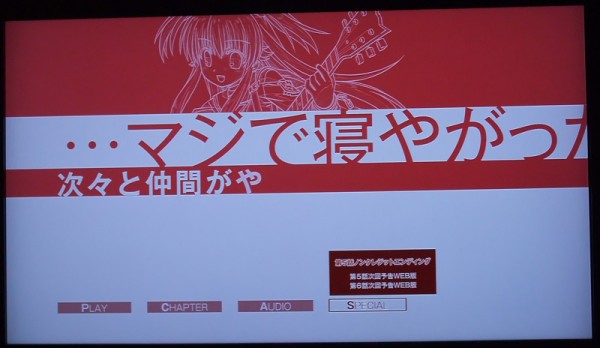 Not very complicated but well animated and easy to navigate.

No difference to the former volumes. Not extremely sharp but looks very good. Audio is a typical anime stereo mix. 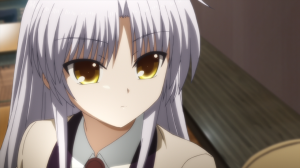 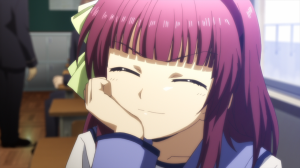 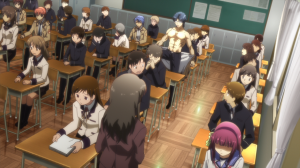 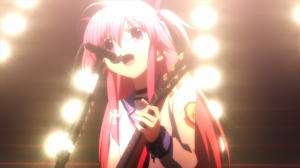 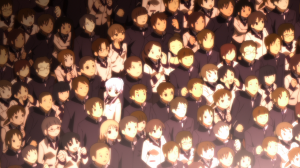 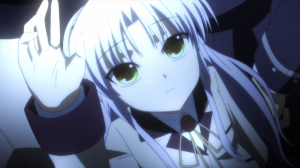 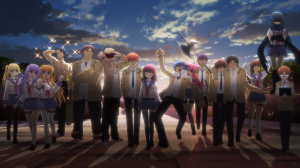 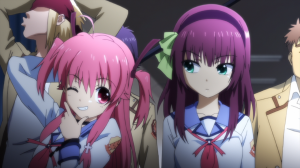 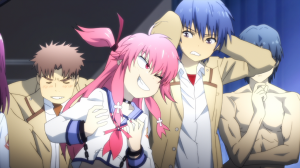 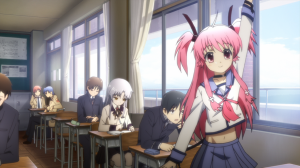 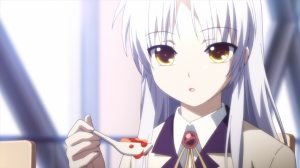 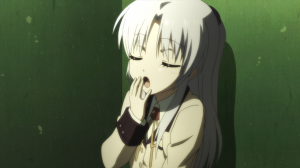 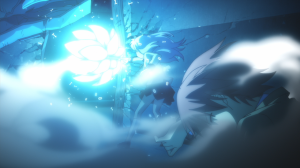 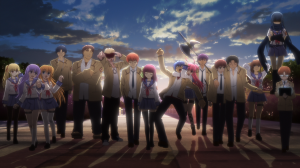 Evangelion 2.0 – You Can (Not) Advance Complete Records (Artbook)