Fractale wasn’t my favorite show in the winter season but it’s cheaper than Madoka^^. I really liked the characters and the animation style so even with its flaws I really enjoyed it, so I decided to order the Japanese BDs. I hesitated for a moment when I heard that it will be released next year by Funimation but I also think that Madoka will be licensed sooner or later,^^. 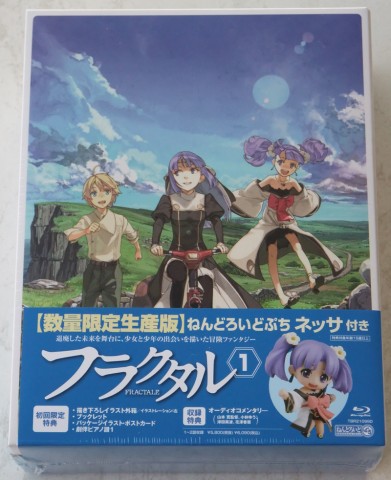 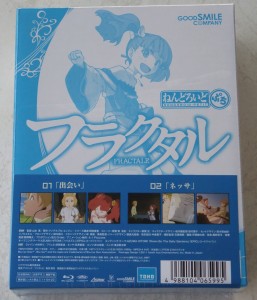 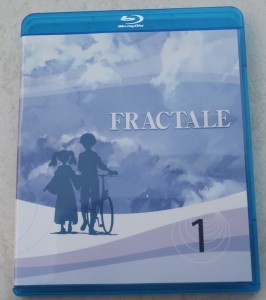 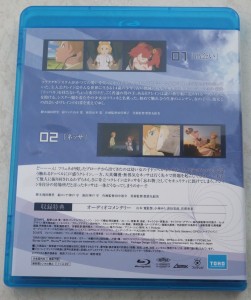 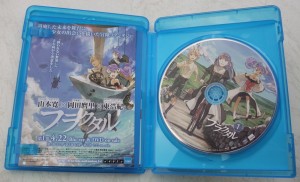 The Limited Edition comes with a additional box attached for the Nendoroid Petit and an illustrated outer case for the standard Blu-ray case. The original character designs are used for the cover illustration (and the Nessa figure) and I like both of them. 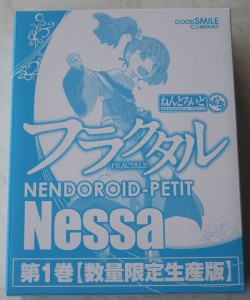 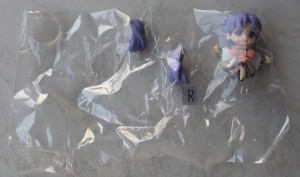 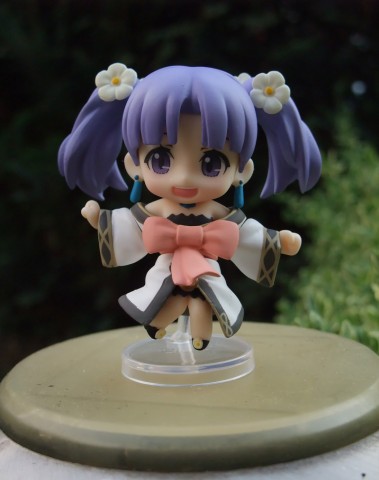 Nessa is cute in her anime form (or in her original designs) and even cuter as Nendoroid Petit – no big surprise^^. 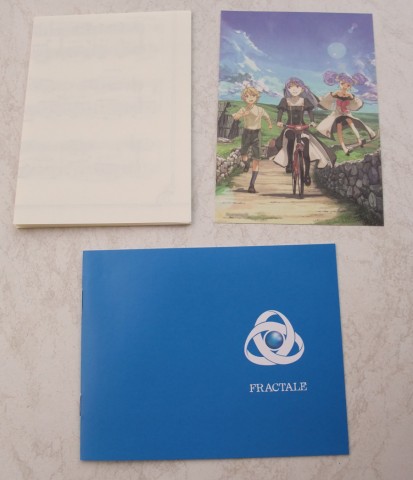 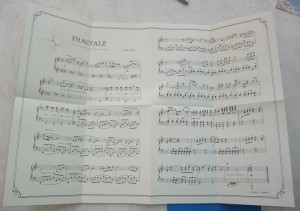 A piano sheet, a post card and a booklet is also included. The latter offers an interview with Yu Kobayashi (Clain) and Yamamoto Yutaka (director) and some illustrations about characters and locations.

Disc Contents and other information: 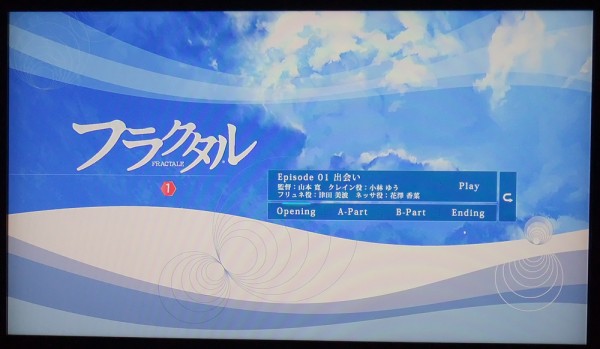 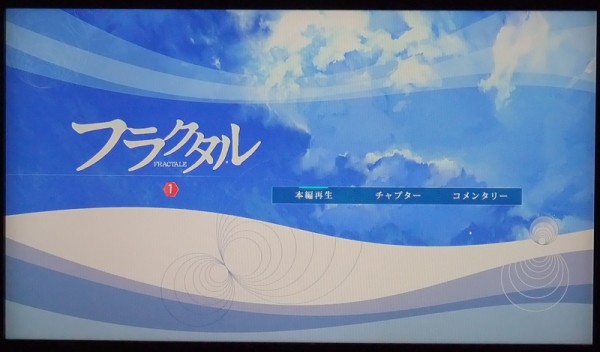 No animation is used and the background music is not very long. 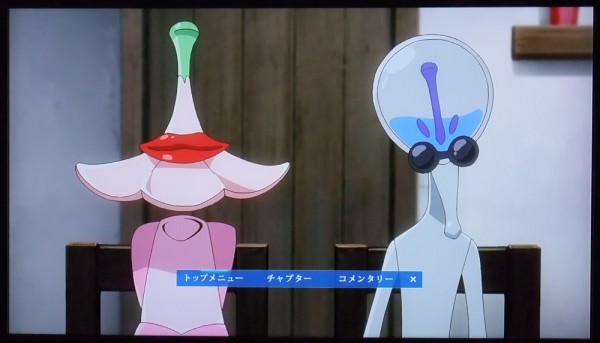 The Popup menu offers no surprise at all^^;.

It looks quite good for a TV series even if the characters are not very detailed. The lines are most times sharp and the compression also does a good job in the opening animation which looks like a hard job for a codec because of detailed fractales in the background (the fansubs always showed there a lot of artifacts). Especially some background really look very good and I’m really satisfied so far (however I only checked few scenes).

The audio track is a normal PCM stereo track but at least it offers 24bit. 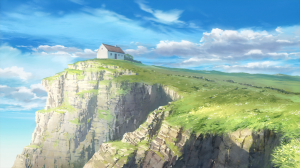 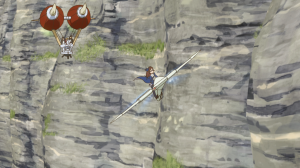 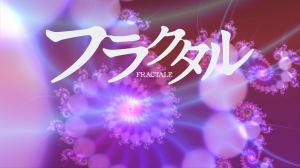 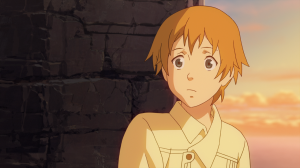 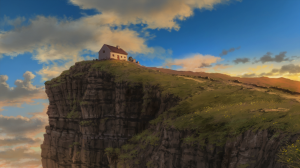 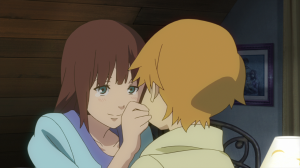 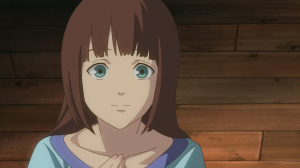 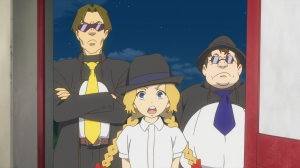 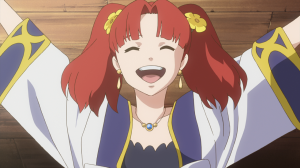 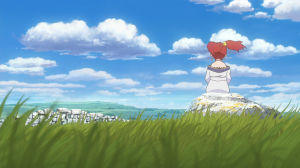 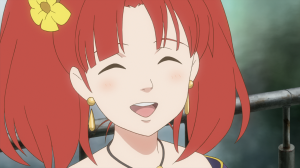 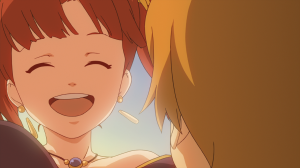